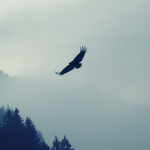 Ruined the storylines of the modern-day MOH games. It was fine back in the old MOH games because what else was someone like Patterson or Powell going to say to the countless number of Nazis he killed?

In Rising Sun, the protagonist (Joseph Griffin) made himself to look like a retard during the cutscenes. All he did was smile like a dumbass as the other characters were talking.

In Pacific Assault, the protagonist (Tommy Conlin) talked during the cutscenes of the game, which made the story more believable and interesting in terms of what there was to know about him. But, he should have talked a little more outside of cutscenes (besides ordering his squadmates).

In 2010, I was appalled by the fact that the protagonists (such as Rabbit) stayed silent throughout the game. To ignore the men around you in a tight-knit military squad is an immersion-breaking thing when it comes to modern military shooters. If you want a dumb example of leaving the protagonist out, go look at the ending cutscene for the mission Belly of the Beast. You don't even see Dante with his squadmates cheering for the Apaches as they save their lives from the countless Taliban rushing their position as they run out of ammo.

In Medal of Honor: Warfighter, I had some hope that Danger Close would entirely remove the silent protagonist concept from the game with the addition of dialogue during the gameplay. Only example I know of was in a trailer for the car mission in Karachi, Pakistan (mission called Hot Pursuit), I heard Preacher say "Motherf**ker." to the driver of the car he crashed into at the end of the trailer. Yet, when the game came out, there was none of that. Preacher talked the most out of the protagonists but fails to even communicate with his pal Mother during the missions. Stump was made out to be some "by-the-books" soldier as most of his dialogue was basically military jargon (or something like that). Argyrus, well, was some guy who came and went and we just all didn't care about him, that's all.

When you're in a squad or platoon during a war, you converse with the soldiers around you. You don't need a movie or cutscene to do that. When you hire a voice actor to voice the protagonist, you give him as much lines as the rest of the voice actors, not fewer. When I come to play a game about war, I expect to see the hardships and difficulties of war being presented from the point of view of a soldier. Most games I see put you into some nobody only for the NPCs to lay out the story for you as you advance it. Being put into the protagonist's view is not enough. When people say the silence is meant to immerse you into game, I say "F**k that!" When I play through a character's point of view, I expect to know the character well by the end of the game. I'm not just gonna scream out "F you!" or "WTF are you doing, (insert name)?" and expect some digitalized characters to hear me. I want to put myself into a game, I really do. But, I don't want to be put into the shoes/boots of a nobody that's just there to advance a story told by other characters. And when the "other characters" do talk to the protagonist, I don't want him/her to act like some socially awkward person and ignore them; I want them to interact with the other characters, I want to see what how the protagonist connects/interacts with his teammates/squadmates during the mission they partake in but not when they're in a cutscene that takes you away from the eyes of the protagonist.

Ideal Future for the SeriesEdit

If EA ever decides to bring this series back from the dead, my hope is that Respawn Entertainment gets to make the next installment. Now, they're not owned by EA (which is a good thing), but they're being trusted with making a Star Wars game (possibly on the Frostbite Engine) despite that. And why Respawn? Because if they do get to make the next MOH game, things will have gone full circle. So now for a story.

Vince Zampella and Jason West were just your average 2015 Inc. employees when they made Medal of Honor: Allied Assault. According to the credits of that game, Vince was the Development Director for the game (he basically made a lot of important decisions involving how the game should be made and led the team through that), while Jason was the Engineering Lead (he took charge in designing and programming a lot of the game's mechanics and systems with the team). Heck, they happen to have their names be listed at the very beginning of the credits. It's a known fact that they were unhappy with how EA forced them to cut certain stuff out of the game (supposedly stuff like the player being able to go prone, for example) that would have made it more authentic and give the player more control. Because of that, Zampella, West, and a sizable group of other employees left 2015 Inc. to found their own company, Infinity Ward. If you've seen the credits for that game, there are some employees listed on there besides the two founders whose names may be familiar to the most hardcore of Call of Duty fans (by hardcore, I mean giving a shit about who made the games). Heck, some of those people now work for Respawn even. Now, when they made the first COD that came out in 2003, they got the chance to add in a lot of features that couldn't be added into Allied Assault (read, THEY MADE THE GAME THEY WANTED TO MAKE!), and they took off from there.

Nowadays, Vince runs Respawn Entertainment (Jason is a co-founder, but he's since retired from making games in general) and so far they made the Titanfall games. Now, it's a different story when it comes to how EA (and Microsoft) screwed that series over (exclusivity bullshit with the first game, release date bullshit with the second game). However, the company is not in any financial trouble (that I know of) and can survive for a couple more years if their next game gets a chance to be a huge hit. Their Star Wars game might be good, hopefully (especially when they got Stig Asmussen to lead the development on it).

So the story's over and now you should be able to understand what I meant by the "full circle" comment. EA didn't give these creative developers a chance to fully realize their vision with a game like Allied Assault. To make up for that, and for allowing the opportunity for Call of Duty to exist, EA should let Vince and the rest of Respawn show them what an amazing Medal of Honor game should be like. The campaign in Titanfall 2 was rather interesting, especially with regards to certain levels of that game (*cough*Cause and Effect*cough*). Just don't rush them like Danger Close was rushed with the development of Warfighter.

And no, Battlefront (DICE-front) is not a suitable replacement for that series as a complement to Battlefield!

Retrieved from "https://medalofhonor.fandom.com/wiki/User:3RDRANGER?oldid=36772"
Community content is available under CC-BY-SA unless otherwise noted.