"The Only Easy Day Was Yesterday"
The United States Navy SEALs, commonly known as SEALs (SEa, Air, Land), are the U.S. Navy's principal special operations force and a part of the Naval Special Warfare Command (NSWC) and SOCOM. They are featured in Medal of Honor (2010) and Medal of Honor: Warfighter.

The Navy SEALs play a major role in the campaign, as it is the background for AFO Team Neptune. All of its members are certified Navy SEALs.

The US Navy SEALs return in Warfighter as one of the United States Tier One factions for the multiplayer portion of the game, and Task Force Mako is comprised of US Navy SEALs. 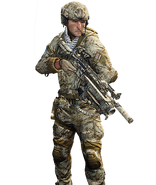 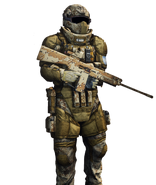 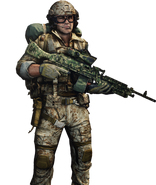 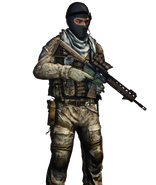 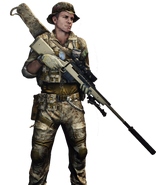 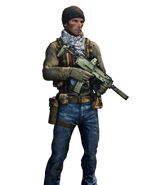