The Type 100 submachine gun is a Japanese automatic weapon used during World War II. It was designed and built in 1939 by the Nambu Arms Manufacturing Company. It was the only SMG produced by Japan, only 25,000 were ever produced, in comparison to the 1.5 million Thompson SMGs the U.S. produced during its involvement in the war, even though very few actually made it to the frontlines until the final months of the war, but it did prove as an effective weapon in combat. It was issued at Platoon level, meaning only officers, and occasionally NCO's were issued to get the weapon. It fires a 30 round box magazine attached to the side of the gun and uses 8x22 Nambu rounds. An early version of the Type 100 had a rear peep sight, a slower fire rate, and a bayonet mount, a very unique feature on a submachine gun, as well an bi-pod.

The Type 100 was originally planned to make an appearance in Rising Sun, including the mission Midnight Raid On Guadalcanal and Supercarrier Sabotage. It was, however, cut from the game although it does appear in a cutscene. It would have shared the same reloading and handling animations as the Sten Mark II, and would have used the same firing sound with Thompson SMG from Medal of Honor: Frontline. The Type 100 appears in a few early screenshots of the game, cutscene from Supercarrier Sabotage and multiplayer select screen for Toragami.

Type 100 in an early screenshot. 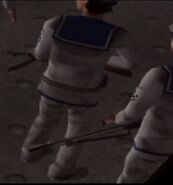 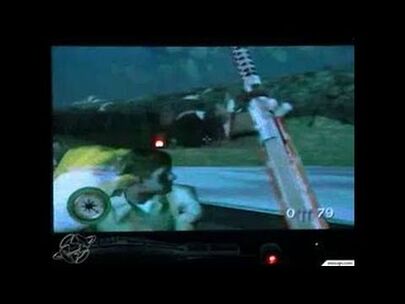 Imperial Japanese Army
Thomas Conlin
In Pacific Assault the Type 100 is the most commonly used enemy weapon, apart from the Type 38 Arisaka Rifle (which is historically inaccurate seeing they were rarely seen in combat until late 1942, in reality this weapon would not be seen in this game). It is usable by the player in most missions with the exception of Basic Training and Pearl Harbor. The version in Pacific Assault is a late-war model (late '44) with the crude notch sights and no steel buttplate and higher fire rate. The weapon does a good damage, has solid accuracy, it's ammunition is most common in the campaign and can be used in close to medium range combat.

Type 100 as it appears in Medal of Honor: Pacific Assault.

Type 100 on the ground.
Community content is available under CC-BY-SA unless otherwise noted.
Advertisement