The production facility is full of things that can explode, so be careful where you shoot—and be mindful of where you're taking cover while under enemy attack.

U-4901 is truly a monster. They had to build a special dry dock at the edge of the facility just to construct it.

A source we have within the production office says that they're only a couple of hours away from launching the sub for its first sea trial. You must be on board as it heads out into open water—other the mission will have been for nothing.

You'll come across different U-Boats in various stages of construction. Keep going until you hit the last sub—that's U-4901. It's by far the biggest boat in the yard. You'll know it when you see it.

I also have it on good authority from our source that despite the grime and filth of the production floor, the foreman who builds the sub engines insists on using one of those expensive, fancy rolltop desks... 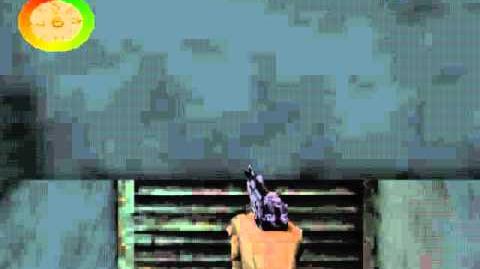 Retrieved from "https://medalofhonor.fandom.com/wiki/The_Hunter%27s_Den?oldid=46780"
Community content is available under CC-BY-SA unless otherwise noted.