Stovan Bosic is a character in Medal of Honor: Warfighter.

Bosic was captured by Task Force Mako and Task Force Atlas in Old Friends. He tries to escape in his van, which was later disabled by Stump. Stump subdues him, gets information and gives it to Dusty regarding PETN shipment going to Pakistan.

Bosic owned a small private army of henchmen. They confronted Task Force Mako and Task Force Atlas in Old Friends, but most of them were eliminated. 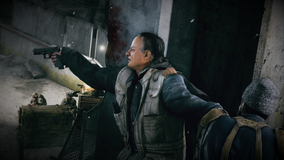 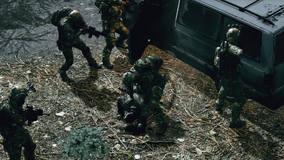 Bosic is arrested in the Finale of Old Friend.
Add a photo to this gallery

Retrieved from "https://medalofhonor.fandom.com/wiki/Stovan_Bosic?oldid=40160"
Community content is available under CC-BY-SA unless otherwise noted.