"“What color is the boathouse at Hereford?“ These guys would know. Their tactics, training and equipment have been the model for many other countryʹs Special Forces, including the US Armyʹs Delta Force. Their motto is “Who Dares Wins". These guys dare."
— Battlelog Description

The Special Air Service (SAS) is a unit of the British Army formed on 1 July 1941. They are part of the United Kingdom Special Forces (UKSF) and have served as a model for the special forces of many other countries all over the world. The SAS together with the Special Boat Service (SBS), Special Reconnaissance Regiment (SRR), Special Forces Support Group (SFSG), 18 (UKSF) Signal Regiment and the Joint Special Forces Aviation Wing form the UKSF under the command of the Director Special Forces.

SAS Pointman on the left. 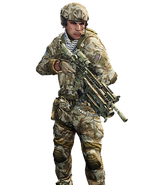 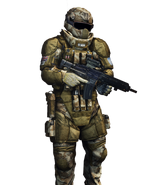 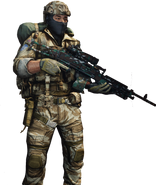 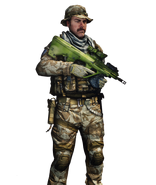 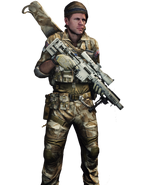 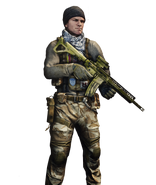