Medal of Honor Wiki
Register
Don't have an account?
Sign In
Advertisement
in: Factions, Medal of Honor: Warfighter Characters
English

"Formed by the merging of the SSG (Special Protection Group) and SIG (Special Reconnaissance Group) in 2011, to provide a variety of strategic applications across many disciplines. SOG operators can be inserted as a component of large scale conventional warfare operations, and also be called upon to provide small footprint, cross-functional teams into sensitive situations such as hostage rescue and reconnaissance missions."
— Battlelog Description

The Särskilda Operationsgruppen (English: Special Operations Task Force) or (SOG) is a special operation group within the Swedish Armed Forces. They are often from Sweden's two conventional Special Operations Forces: Kustjägarna and Fallskärmsjägarna. They are a multiplayer faction for Medal of Honor: Warfighter and serve as Sweden's Tier 1 unit. 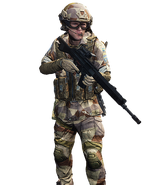 SOG Assaulter (unlocked from the start or at Rank 60) 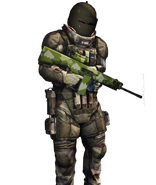 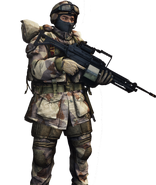 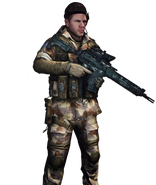 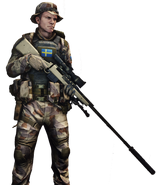 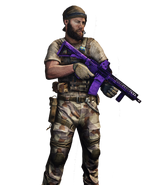 SOG Pointman with the LaRue OBR