Medal of Honor Wiki
Register
Don't have an account?
Sign In
Advertisement
in: Factions, Medal of Honor: Warfighter Factions
English

The 1st Special Forces Operational Detachment-Delta (1st SFOD-D) more commonly known as the Delta Force or The Unit, is one of the United States secretive Tier One counter-terrorism and Special Mission Units (SMU) and a faction for the Medal of Honor: Warfighter multiplayer. They are shown in pre-released demos as the Demolitions class, but in the full game, all six classes are available.

Delta is not seen in Medal of Honor: Warfighter's campaign; the closest thing is Dusty, who is now working for the CIA's OGA. In the Multiplayer, they are a featured unit, wearing Tri-Color Desert camouflage uniforms while playing as the Away team, and Multicam for Home team which uses tropic patterns. They are seen with a variety of weapons, including the LaRue 7.62, the HK 416, the Mk 16 PDW, the M240b machine gun, the LaRue 5.56, and the Daniel Defense Mk 18 carbine. 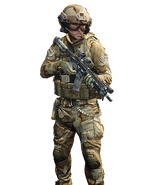 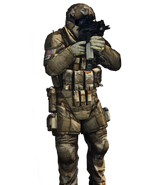 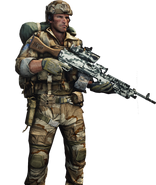 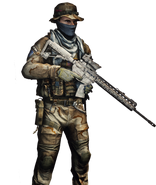 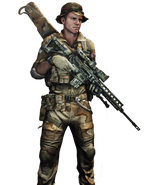 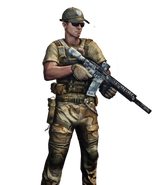