"Other Government Agency Operators are recruited from the militaryʹs special operations community. Theyʹre nimble and use technology to their advantage in direct action and intelligence gathering."
— Battlelog Description

Other Government Agency (OGA) is a euphemism for the Central Intelligence Agency in open secret operations.

They are a multiplayer faction in Medal of Honor: Warfighter.

A CIA operative may have a need to discreetly reveal his or her origins; for example, if a CIA agent is embedded in a friendly military expeditionary unit, the agent will need the co-operation of the unit in order to conduct operations successfully. On the other hand, the agent must maintain as much secrecy as possible and cannot brag about his or her origins. The agent might therefore refer to him or herself as 'OGA'.

These agencies often recruit persons from special operations units in the United States military through small group meetings. Some of these units include but are not limited to Special Forces, the Navy SEALs, the SFOD-D and the 75th Ranger Regiment. 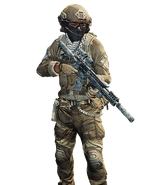 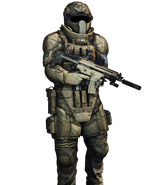 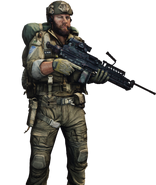 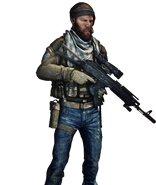 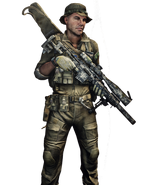 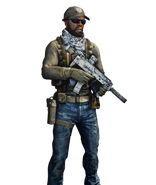