Medal of Honor Wiki
Register
Don't have an account?
Sign In
Advertisement
in: Games, Medal of Honor: Warfighter
English

Medal of Honor: Warfighter uses the Frostbite 2.0 engine, which was made by another subsidiary of EA, DICE, which was the partner for Medal of Honor (2010). The engine has vastly improved the graphical schematics and allowed for more complex scenes.

Old features from the previous engine, such as "asking for ammo", peak & lean, and sliding have returned from the old engine. New features in the campaign are things like the Dynamic Door Breach and micro-destruction.

The story focuses on two Navy SEALs of AFO Neptune, namely Mother and Preacher. The game also focuses on their family life back at the States to reveal the family men behind the warriors.

The game is not based on a specific battle, instead focusing on real-world events such as Somalian pirate attacks and hostage rescues in the Philippines.

Preacher, Mother, Voodoo and other central characters are returning from Medal of Honor 2010. For the first time in the Medal of Honor series, other non-US Special Forces units are represented as well, such as in Task Force Atlas.

Support Actions have been amped up from the previous installment of the game, now consisting of helicopters, unmanned aircraft, weapons, and other equipment.

There is a new feature in the multiplayer, called "Fire Team" (essentially just two people working together as a buddy-system). The player's Fireteam buddy is highlighted in green, as a sixth sense from a Tier 1 operator. Their health and emblem is in a small toolbar in the top right hand of the screen. Players can use their Fire Team member to replenish health and ammunition.

The player cap has been lowered from 24 to 20, with certain game modes having less players.

Players can change a variety of things for their weapon along with what ever country class they rank.

Players are allowed to pick the weapon that they choose, so long as they have that weapon unlocked for the specific country. Players are not confined to the default weapon as long as they continue to rank up.

Each Players Optics are different for the gun that they choose. Players have the option to choose four Optic types;

Barrel Assembly lets the Player choose the type of attachment configuration that they desire. They are allowed the following;

Players are given two choices of Muzzle types;

Players are given the option to change the type of stock available for the weapon. The types of Stocks are;

This section lets the player change the magazine type for the players weapon. The only option so far to be seen is on the Assaulter, which has the Standard magazine.

Players are given a vast option of weapon camouflages for their weapon. There are 74 camos possible to choose from;

Each player class is available for every faction in the game, in total, being 72 possible classes. The Player is able to pick their class before a game starts. Each class has a separate unlock rank. Every class has its own special ability.

All four morale patches for the playable factions from the campaign have been released, one consisting of grinning shark for Task Force Mako, the second, the stylized head of a bird for Task Force Blackbird, the third, the open maw of a grizzly bear for Task Force Grizzly, and a man holding up a digitized planet for Task Force Atlas.

Players are available to play as 12 different Tier 1 operators from around the globe.

In early 2011, Executive Producer of Medal of Honor (2010) Greg Goodrich was quoted stating, "Yes, Danger Close is currently working on the next Medal of Honor. Just recently, EA announced that the reboot of Medal of Honor was a big success with over 5 million copies sold. We wanted to take a moment to thank each of you for supporting us, our new studio and our storied franchise. We would especially like to thank all of the long time Medal of Honor fans out there who have stuck with us over the years. It's going to be a fun ride for the Medal of Honor franchise. We are happy to have you aboard."[2]

Closer to home, a card with Task Force Mako's emblem with Medal of Honor in bold text was included in all units of Battlefield 3, serving as a grander announcement of the game's impending release.

Medal of Honor: Warfighter was revealed on February 23, 2012 by gameinformer in one of their blogs. It is to use the Frostbite 2 engine the very one that powered Battlefield 3 and is to still follow Tier 1 Operators, the Multiplayer is not being made by DICE this time round, it is all under development by Danger Close studios. The full blog post is here.

Several Pre-Order bonuses have been announced for the game. Many including different weapon/class bonuses that save the player time. There also is a Military Version for people serving in the armed forces, and is exclusive to them.

A Battlefield 4 beta key was announced along with Pre-Ordering Medal of Honor: Warfighter.

Similar to the previous game, Linkin Park has partnered with Danger Close again to promote their videos and gameplay respectively. The song Lies Greed Misery was used during the official E3 Multiplayer reveal. Another announcement for a teaser video was released on July 24, slating for another trailer sometime in October. The Video is to be revealed 5 days after the Beta launch or earlier if 3 million Betas are downloaded on Xbox Live Marketplace

An official open multiplayer beta for Medal of Honor: Warfighter was announced on September 21, 2012. It was exclusive to the Xbox 360 and was available October 4th until October 15th. The beta featured the following;

Note, none of the experience gained during the Beta carried onto the final version of the game.

Shortly after the end of the Beta, an A.A.R. or After Action Report was posted on Battlelog stating some collective stats as well as the following post-beta tweaks that were made for launch day. The tweaks included:

Medal of Honor: Warfighter has received generally unfavorable reviews compared to its predecessor, Medal of Honor (2010).

The reception of the game resulted into the Medal of Honor franchise to be pulled out of rotation for eight years and this, keeping all cancelled titles cancelled (until Medal of Honor: Above and Beyond in which is set to be released as an Oculus Rift exclusive on 2020) and made certain questions unanswered.

Zodiac in the jungle with a minigun

Zodiac in the ocean. 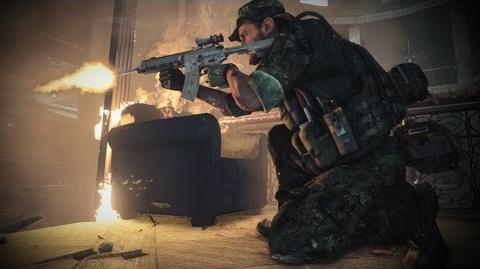 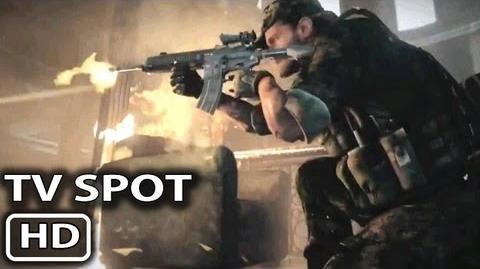 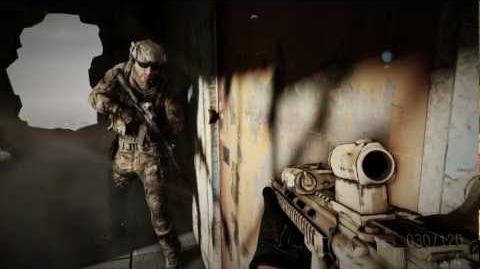 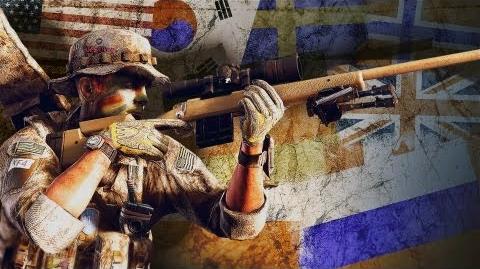