Medal of Honor: Heroes 2 is a first-person shooter game for the Wii and the PlayStation Portable. It is an installment in the long-running Medal of Honor series of World War II games. Each version was built from the ground up for its respective system. The Wii version was announced at Nintendo's E3 2007 Press Conference on July 11, 2007. It may not be sold to people under 18 in Germany because of its non-existant USK rating. Medal of Honor: Heroes 2 is set in World War II, starting on the Normandy beaches trying to control German bunkers and then move on to secure a village somewhere in France.

As well, it is the second Medal of Honor game to be released for the PlayStation Portable. The first was its predecessor, Medal of Honor: Heroes.

The player takes the role of Office of Strategic Services operative Lieutenant John Berg. The game has eight missions (seven in the PSP version) and is based on the Battle of Cherbourg. Weapons include the Thompson submachine gun, MP40, M1 Garand rifle, Karabiner 98k, M1918 Browning Automatic Rifle, STG 44, M1 Bazooka, Panzerschrek, Luger P08, and M1911A Colt .45 Automatic. In the campaign mode of the game, the player can use German stationary weapons, such as mortars and MG42 machine guns.

The Wii version of the game features up to 32 players in one server, with six maps and six uniforms, three for Axis and three for Allies. The uniforms for the Allies are "Ranger's 2nd", "Ranger's 4th", and "Ranger's 5th", whereas the Axis uniforms are simply "Axis Rookie", "Axis Regular", and "Axis Elite". There are three different online multiplayer modes available. The PSP version is virtually identical in terms of multiplayer functions. The Australian version of the game has no multiplayer mode at all, which has been the subject of much criticism. EA Australia & EB Games Australia have also recently removed all references to the multiplayer aspect from their websites.

EA's official response to the lack of multiplayer for Australia was: "Medal of Honor Heroes 2 for Wii does not support online functionality in Australia. We made an error in the documentation and marketing materials. We are very sorry to have caused confusion for our customers. We will provide a refund to anyone in Australia who wishes to return the game to EA because of the lack of online functionality."

EA Australia has declined to comment on why the online element of the game was omitted from the game, which has led game websites to speculate that the company did not deem it profitable to host the local servers necessary for low-latency game play.

There are changes made to weapons in the multiplayer mode, such as the STG44 and BAR both have a much slower firing rate and lower damage level, and the Bazooka does not have to be stationary to fire. The M1 Bazooka replaces the Panzerfaust found in the Campaign for both sides.

Each player must kill as many players as possible while also attempting to be killed as little as possible. The score is equal to the player's kill to death amount (number of kills - number of deaths = score)

Each player belongs to a team of either Allies or Axis. The team must attempt to kill members of the opposite team. The team's score is determined by the number of enemy players the team kills. Team kills subtract a kill from the player, while suicide kills only take away one point. At the end of the round, the team with the highest score wins.

Also known as capture the flag, this mode involves two teams and the objective is to steal the opposing team's flag as often as possible. At the end of the round, the team with the highest number of successful captures is the winner.

The leader boards, supported by EA Nation, consist of 10,000 shown rankings. To gain rankings, one must have more kills than deaths.

The Wii version of the game has an Arcade mode that allows the game to be played in single-player as a first-person rail shooter. 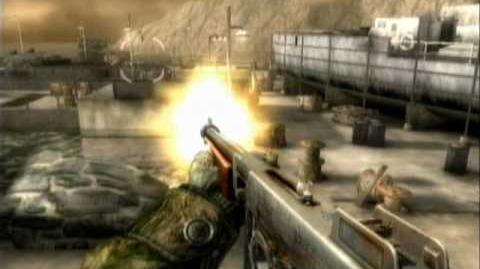 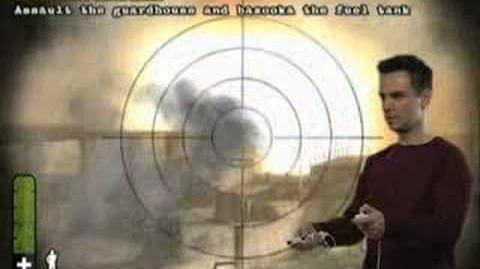 Medal of Honor Heroes 2 Gestures Trailer
The trailer showing gameplay on the Wii as the game's lead producer Matt Tomporowski does gestures with the Wii Remote and Nunchuk in order to do various things in the game, such as shooting weapons and throwing grenades. 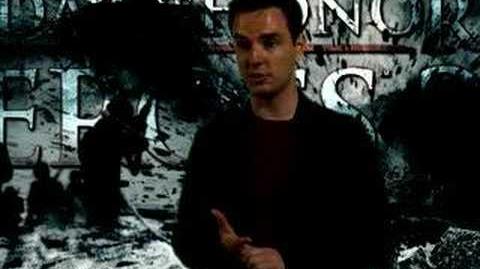 Medal of Honor Heroes 2 Wii Arcade Zapper Trailer Interview
The trailer showing the game's lead producer Matt Tomporowski being interviewed about the game's Arcade Mode and the Wii Zapper functionality in the game. 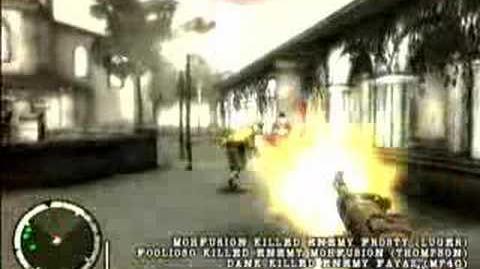