Medal of Honor Wiki
Register
Don't have an account?
Sign In
Advertisement
in: Games, Medal of Honor: Airborne

The game follows roughly the same story as the console version, except that there are some scenarios taking place during the Battle of the Bulge, and an altered Operation Varsity as well as Operation Plunder.

Differences from the console game[]

Aside from the Battle of the Bulge scenarios and alterations on Operation Varsity, there's a lot of differences from the console game, such as:

In 2011 the game was re-released as Medal of Honor: Airborne: Elite with new features, such as a "supply store" where players can buy weapons, upgrades, powerups, and cheats using stars that the player collects throughout the game; stars were dropped randomly by dead enemies. 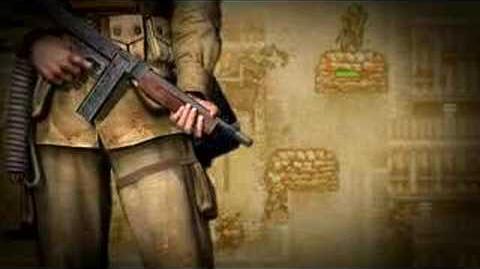 Medal of Honor Airborne Mobile Trailer
The trailer for the game.
Community content is available under CC-BY-SA unless otherwise noted.
Advertisement