The Matrosens are german sailors serving on battleships and Uboats. In Frontline they're appear on two levels. They as skilled as the basic Wehrmacht soldiers but the Matrosen are lacking the weapons and equipment of the Wehrmacht. They mostly armed with Walther P38 pistols and rarely with MP40s. 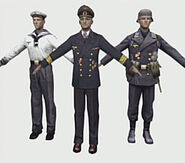 The several models of Matrosens seen in Lorient. 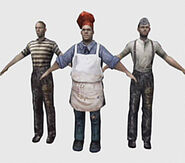 The several models of Matrosens seen in U-4902. 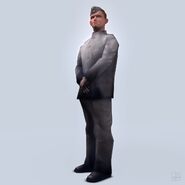 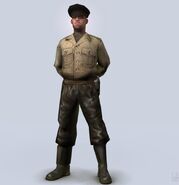 German U-Boat captain
Add a photo to this gallery

They wear Grey-green pants and white t-shirts. They are very unique in this respect, as they do not wear normal military garb, and no headgear at all.

The Matrosen act just like the other German soldiers. They will take cover, blindfire, and peek over cover to take shots at the player and his or her allies.

Retrieved from "https://medalofhonor.fandom.com/wiki/Matrosen?oldid=50985"
Community content is available under CC-BY-SA unless otherwise noted.