Facit Omnia Voluntas (lat. The will is decisive)

"This highly specialized, elite unit consists of the best of the best of Germanyʹs Special Operations soldiers. Their small numbers are testament to rigorous selection process. The KSKʹs five platoons can take the fight anywhere in the world — mountain to sea, pole to pole."
— Battlelog Description

The Special Forces Command, KSK is an elite military unit composed of Special Operations soldiers hand-picked from each of the ranks of Germany’s Bundeswehr and organized as such under the Division Spezielle Operationen (Special Operations Division, DSO). The unit has received many decorations and awards from NATO, the USA and its affiliates. The unit is modeled itself on the British Army's Special Air Service and the US Army Special Forces.

They are a faction for the Medal of Honor: Warfighter multiplayer. 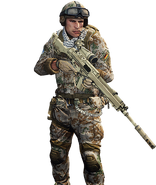 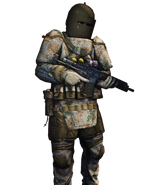 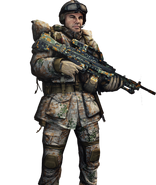 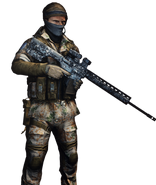 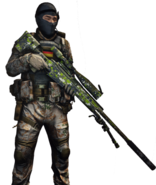 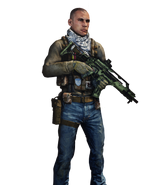