Medal of Honor Wiki
Register
Don't have an account?
Sign In
Advertisement
in: Handguns, Medal of Honor: Allied Assault weapons

The "Hi Standard Silenced" is a handgun featured in Medal of Honor: Allied Assault and it's expansions. The Hi Standard HDM was developed in the United States in 1942. The pistol featured an integral silencer and fired the powerful full metal jacketed .22LR cartridge. The pistol was used by the OSS during World War 2 but it saw use by US Special Operation Forces during the Cold War and Vietnam War.

Mike Powell
John Baker
Hi-Standard Silenced is campaign-only and not featured in multiplayer.

A custom-made piece ordered by the OSS, it is issued to agents operating behind enemy lines. Performance wise, it is much more powerful than standard issue sidearms of both sides, often able to kill with a single shot to the torso or head. It is the only pistol that can penetrate, i.e. disable multiple enemies standing in a line, a property shared only by non-automatic rifles. Although it has the highest accuracy for a pistol, to the level of pinpointing at point-blank, its accuracy falls sharply with range. In expansions, the overall accuracy of the gun is reduced. This version of Hi-Standard needs to be cocked manually for every shot, effectively making it the pistol with slowest rate of fire.

The silenced pistol is valuable in dispatching suspicious SS officers that cannot be fooled by Powell's stolen ID papers.

Hi-Standard first appears in the mission Scuttling the U-529, when Powell is tasked to infiltrate the Norwagian Naval Base. In Behind Enemy Lines, one is given by Manon to replace louder M1911. In Return to Fort Schmerzen, Powell carries one as his sidearm. In Breakthrough, Sgt.Baker uses one during the Point Carriere mission. While not officially appearing in Spearhead, it can only be summoned using cheats. 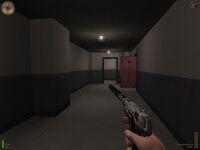 The Hi Standard Silenced in Medal of Honor: Allied Assault. 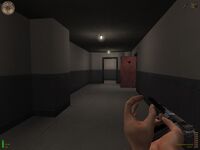 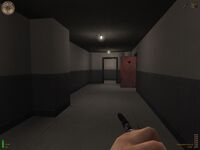 Chambering the next round.