Gruppa Alfa (also called the Alpha Group, Alfa Group, or Spetsgruppa A) is an elite, stand-alone component of Russia's special forces and the dedicated counter-terrorism task-force of the Russian Federal Security Service. Their training and experience make them comparable to other foreign special operations units such as the British SAS, US Navy SEALs and SFOD-D.

They are the Russian Tier 1 unit for Medal of Honor: Warfighter.

A Spetsnaz operative being inserted 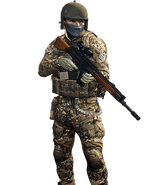 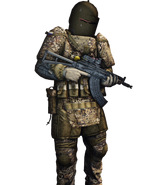 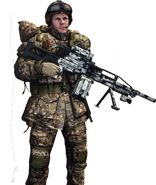 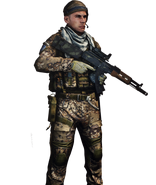 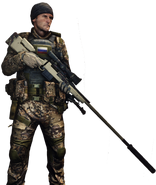 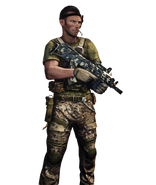