Tobie Ojczyzno! (eng. For you, Homeland!)

"“GROM“ is Polish for “thunder“. And that is what this SF Unit brings to the table: they hit hard. Formed in 1990, they have earned the respect of every operator around the world for their tenacity."
— Battlelog Description

The JW GROM (In Polish: sometimes translated Grupa Reagowania Operacyjno-Manewrowego (Operational Mobile Reaction Group); the acronym itself means "thunder" is one of five special forces units of the Polish Armed Forces. It was officially activated on July 8, 1990.

The Polish Grom are one of the special forces featured in Medal of Honor: Warfighter as a part of the campaign involving Task Force Atlas. 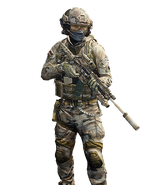 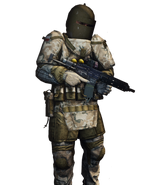 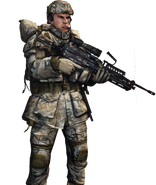 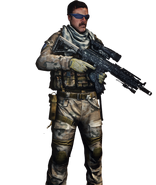 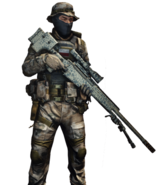 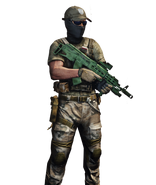 GROM Special Ops
Add a photo to this gallery
Retrieved from "https://medalofhonor.fandom.com/wiki/GROM?oldid=46040"
Community content is available under CC-BY-SA unless otherwise noted.