the Indian Elephant is an animal featured in Medal of Honor: Rising Sun

the elephants can first be found in a herd in the mission A Bridge on the River Kwai they can be seen with an adult and two baby elephants, another large bull elephant can be seen later in the mission with a Type 92 Lewis mounted on its saddle, the player will ride this elephant into battle using its machine gun to cut down Japanese forces(if playing in coop the other player will sit use his normal weapons) 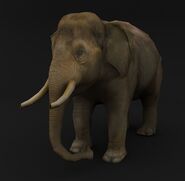 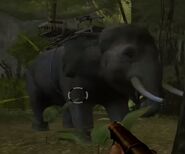 the elephant with a machine gun on its back

using the Type 92 on the elephant's saddle